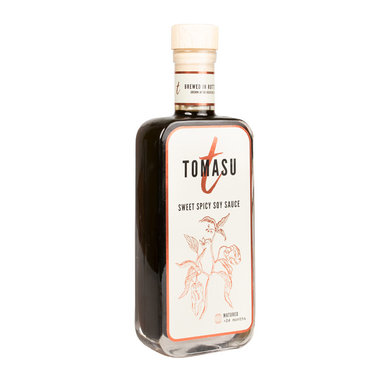 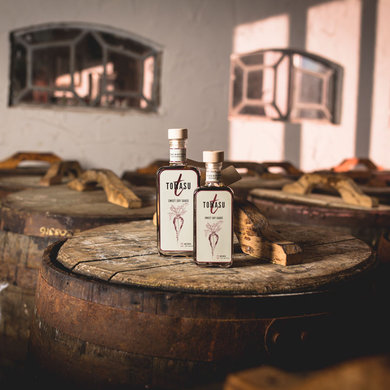 No product of description

This sweet-spicy soy sauce is flavored with sugar, extracted from locally harvested sugar beets, sesame seeds and Madame Jeanette peppers. With Tomasu's signature soy sauce as a base, the pepper's sharpness is softened, allowing the pepper's flavor to be better captured and appreciated.

Tomasu Soy Sauce is the only micro-brewed soy sauce in Europe and is brewed in Rotterdam. With respect for age-old traditions, the soy sauce is given a minimum of 24 months to mature in 25-50 year old whiskey casks from Scotland.

Driven by the vision that genuine quality can only be achieved through total control over the entire chain, Tomasu Soy Sauce has managed to grow its own soybeans and wheat in the Hoeksche Waard. These ingredients are combined with spring water and the worldwide known coarse Celtic sea salt from Guerande, France. The fermentation is then started using Tomasu's own fungus, the Aspergillus oryzae Tomasu.

The only ingredient that is then added is time. The decades-old whiskey casks serve as a time capsule in which the soy sauce is given time to develop. The result? A soy sauce with a rich and unique taste that will surprise. 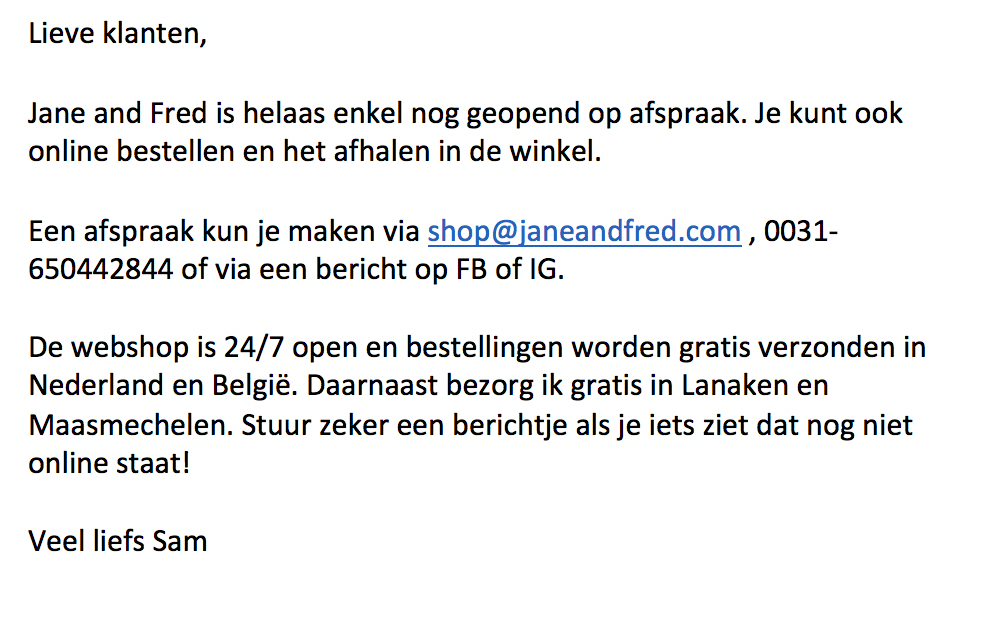